Things To Do In Turkey

Turkey is a country of two halves. Mixing history, tradition and culture alongside modernity, excitement and sophistication, there's something for everyone. All along its magical Mediterranean coast there are coves to discover, towns and history to explore, shops and markets to barter in and much more. Here are our handful of suggestions to help you make the most of your trip in this unforgettable land.

View Villas in Turkey About Turkey 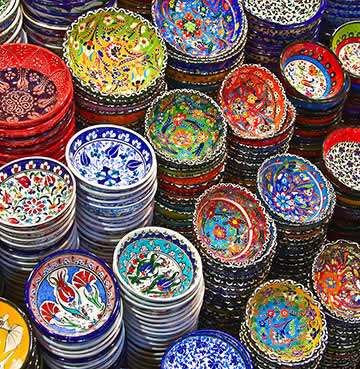 Barter in the Markets

Turkey plays host to are weekly markets that are home to beautiful fresh food and drink, artisan goods and souvenirs to take home. These are fantastic places to explore and practice your bartering skills! Bodrum market in particular is a popular option with a vast array of goods from local vendors. You can find almost anything here including traditional handmade rugs, leather sandals made to order and intricate jewellery.

Retail therapy comes in many shapes and sizes. If holidays call for something that little more special, then luxury and designer items from Türkbükü (or Göltürkbükü) has you covered. The New York Times gave this town the impressive title of Turkey's St Tropez! Sizzling sunshine, beautiful beaches, glitz and glamour, it's no wonder it earned such a coveted title. Stroll through the sophisticated and elegant resort and feel like a holiday VIP! 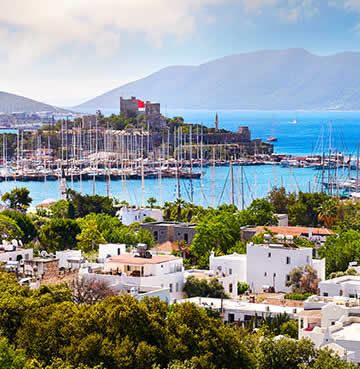 Party The Night Away

All throughout Turkey there are clubs and bars to party the night away. Bodrum is packed with ultra-chic clubs and restaurants for sophisticated palates, both musically and cuisine-wise, there is fun and excitement at some venue along the way for literally every type of person or family. From night time cruises to strolling the harbours and eating ice-cream, to sit-down, quieter restaurant/bars catering to families to the absolutely pulsating dance clubs that stay open till dawn.

Dance the night away or enjoy quality drinks and conversation with friends and family. The choice is yours, from one end of the Bodrum Peninsula to the other, you're sure to find what you're looking for. Turkish style nightlife, a good old fashioned Irish bar or some live music. 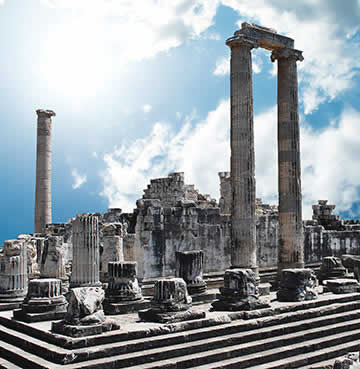 History abounds in Turkey with a rich tapestry of tales, myths, legends and artefacts. Why not visit one of the Ancient Wonders of the World - the Mausoleum at Halicarnassus? This marvel, built in the 4th century BCE, was sadly destroyed by a series of earthquakes in the 13th & 14th century. However, you can explore the ruins to this day and learn more about this long lost civilisaiton. This experience allows you to take in the enormity of the tomb of Mausolos (from which we get the word mausoleum).

A stone's throw away, Mausolus' magnificent 4,000-seat stone amphitheatre looks out over the glistening coastline. It's so well preserved it's in regular use today as an open air museum and occasional concert and performance art venue. It's a truly unique experience as it looks out towards the Aegean Sea, taking in a play or listening to local artists.

A short ride away lies Didim and the Temple of Apollo. Although there are several with the same name throughout Greece, Italy and Turkey – this was to be one of the largest but was never finished. An important place for both politics and history, it became the epicentre of power in the region. It also played host to oracles that consulted many emperors and kings throughout history including Julius Caesar. Although a ruin, the vast majority of the structure still stands to this day and you can see the intricate carvings of myths and legends – such as the head of Medusa – at the temple. 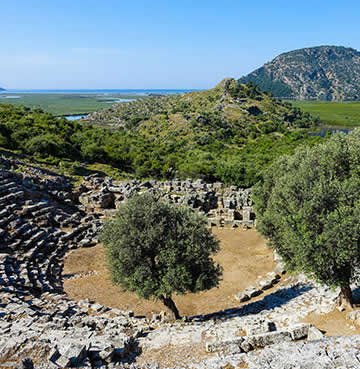 Drifting down the Dalyan River you'll come across the Lycian Tombs carved into the cliffs. Despite their slightly scary nature, the tombs are some of the most stunning pieces of ancient architecture you'll see. Dating back to the 4th century BC, many of the numerous entryways are adorned with tall columns and intricate carvings. The Lycians believed that their dead were carried away by winged creatures, so they typically placed their tombs on top of mountains. These cliff carvings are a spectacular sight, and while the inside is bare, the nearby ruins of Kaunos complete your historical journey.

Dating back to the 4th Century BC (but possibly even earlier) this was once a thriving port town. A central hub for trade throughout the region it's wonderfully preserved with plenty to see. The most impressive are a large amphitheatre that could seat 5000 people alongside an Acropolis that overlooks the stunning coastline.

For a true experience of stepping back in time, you should head to the abandoned village of Kayakoy. Deserted since the 1920's, this once bustling town was a hub for Grecian settlers. After the Greco-Turkish War (1919–1922) the residents fled to the relative safety of Greece. Karakoy has remained a ghost town since. The devastating story adds to its atmosphere as you explore the history of this region, a haunting yet amazing experience. 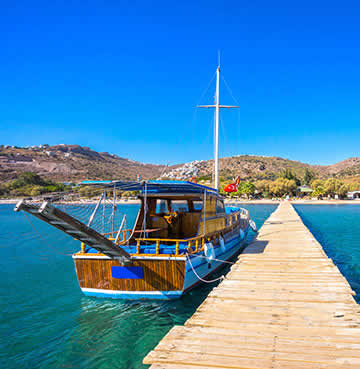 Turkey's impressive coastline covers some of the most beautiful seas in Europe. With such a multitude of choice there is only one way to truly explore, by boat. All along the coast there are tours available, with rentals for those with more experienced sea legs! Coves and bays pepper the pristine shores, perfect for anyone looking to spend a day in privacy and seclusion.

If you want to keep your feet on solid ground in the Bodrum region, then head to Bitez Bay. Lined with gorgeous olive and citrus trees this stunning beach is perfect for relaxation. You can either lounge in the sun with the sea lapping at your feet or slowly drift off in a hammock. A tough choice, we're sure you'll agree! After a hard day's relaxing you can head to one of the restaurants along the promenade and enjoy the setting sun with a delicious taste of Turkish and Mediterranean cuisine. 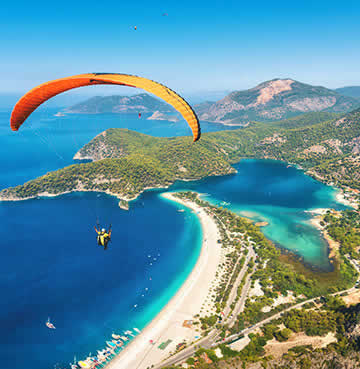 Around the Dalaman region you should definitely spend some time on Iztuzu Beach. The beach is part of a protected natural reserve and home to Loggerhead Sea Turtles and their peaceful breeding grounds. There's a lot of active conservation in the area and even a hospital that helps rehabilitate injured turtles to get them back on their feet (or should we say flippers?). The beauty of the clear waters here are paralleled only by the rolling hills and luscious forestry that borders the beach. Nature's breathtaking canvas makes the perfect backdrop for those holiday snaps!

Staying in the Dalaman region, another must visit is Ölüdeniz. Boasting a beach and lagoon, this bucket list beauty is filled with electric blue waters and shades of turquoise lapping soft white sand. Even if you don't recognise the name you'll recognise the photos of it! Filled to the brim with activities, snorkel with the local marine life, or hire a kayak or canoe to explore the small island in the centre.

If you're a real adrenaline seeker then you can always take part in paragliding. Take off from the heights of a nearby mountain, you'll be rewarded with a bird's eye view of the captivating coast – a view very few experience. 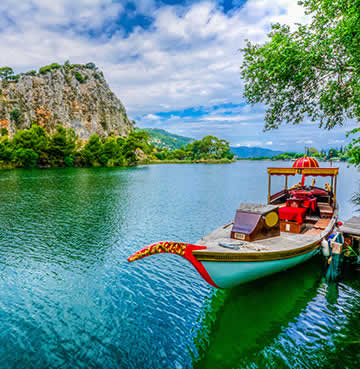 Heading upstream you will come across the Dalyan River. This stretch of water winds through the entire region. Long reeds line the bank providing a wonderful, verdant background for a cruise. There are several river tours that you can take. Arguably the most popular stop off spot are the mud baths, where many a celebrity and famous face has come to test the supposed "beautifying powers" for themselves. You can always wash it off in the thermal springs nearby. As you wind down the river you will also come across the Lycian Tombs, intricately carved into the steep cliff face of an age long since past.