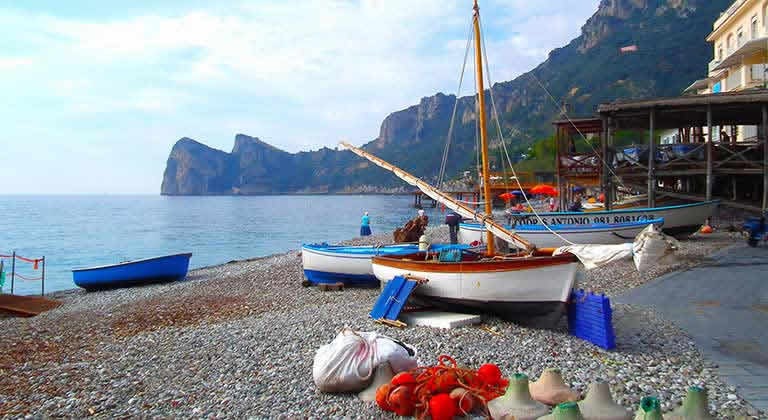 Marina del Cantone is a small beach resort near to the small village of Nerano on the Sorrentine Peninsula. The resort offers a blue flag, pebbled beach with a collection of local bars and restaurants including one with a Michelin star. The busy and bustling resort of Sorrento is only half an hour away by car and you can also reach other popular towns such as Positano and Amalfi by following the winding coastal road.