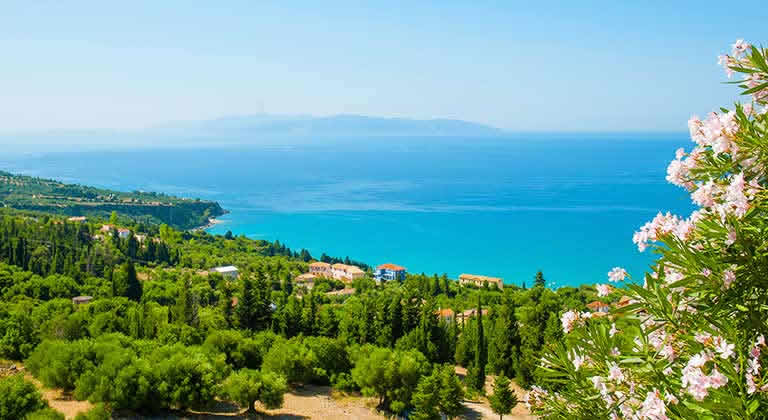 The small, secluded resort of Lourdas lies on a steep hill below rugged Mount Aenos, with stunning views out to the sea and over to Zakynthos. The centre of the resort is the village of Lourdata, where typical cafés and tavernas line the picturesque, shady square. From here, you take the steep, winding road down to the lovely beach – one of the longest on the south coast of Kefalonia – where sand and pebbles lead into clear turquoise waters.